May 10th, 2021
Escape From Alcatraz Triathlon Will Take Place On August 15th!
View Ways You Can Sign Up

Still looking for a way to join the 2021 ESCAPE? Relay registration is open! Sign up with your team TODAY--&gt;… https://t.co/CZ5iIehWUO

Celebrating moms around the world today! We thank you and we love you! ❤ #mothersday #escapealcatraztri https://t.co/BopHiWL8xP

2021 Random Drawing winners have been announced! If you entered, check if you will be “escaping” this August here -… https://t.co/Z8NVbdlQV9

Excited to have @MensJournal as our Official Lifestyle Media Partner. What training tips would you like to see whil… https://t.co/WLcajAArTG 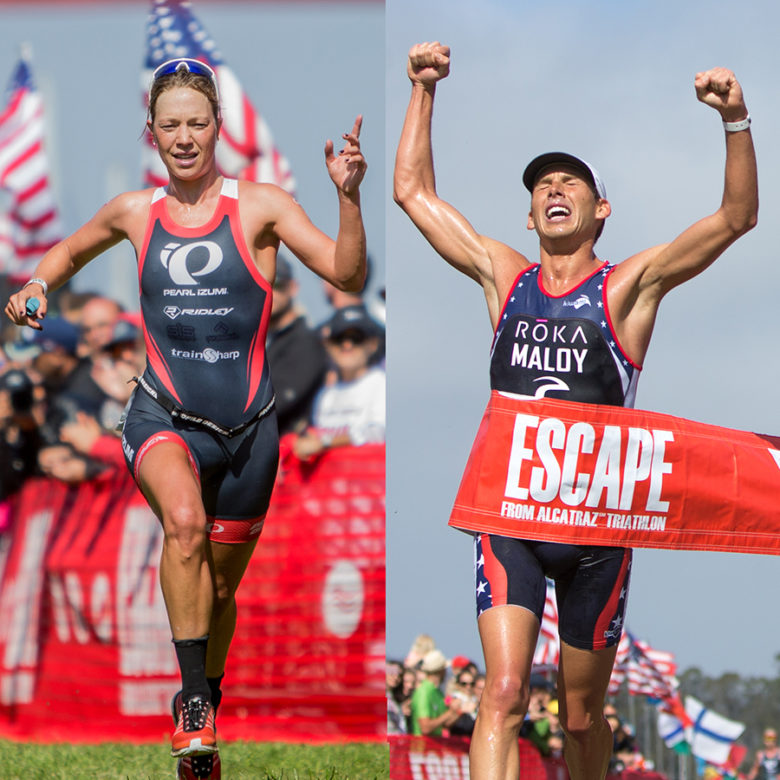 San Francisco – (June 12, 2016) On Sunday, June 12, nearly 2,000 amateur and professional athletes took the plunge into the 61.2-degree water of San Francisco Bay to compete in the 36th Annual Escape from Alcatraz™ Triathlon. First time Escape from Alcatraz Triathlon competitors, Rio-bound USA Triathlon Team member Joe Maloy and Great Britain’s Holly Lawrence, took first place honors in the men and women’s pro division. Featuring a 1.5-mile swim from Alcatraz Island to the shore, an 18-mile bike ride and an eight-mile run through San Francisco, this race is considered one of the most difficult triathlons in the world.

“I have always wanted to do this race and to transition out to the run with Escape from Alcatraz six-time champion Andy Potts was a moment I thought I would never experience,” said 2016 Escape from Alcatraz Triathlon Winner Joe Maloy. “Without the efforts of Cameron Dye, Ben Kanute and Eric Lagerstrom and how hard they pushed, I would have never have found the gears myself to win. From the Alcatraz Island swim to the deep sand run, the entire day was epic.”

Rio-bound USA Triathlon Team Member Ben Kanute was first out of the water, with Cameron Dye and Joe Maloy close behind. Dye took the lead and held it until Maloy pulled ahead in the last half mile to win by just 11 seconds. Three of the six USA Triathlon team members for the 2016 Rio Olympic Games made the podium with Maloy and Kanute taking first and third for the pro men’s division and Zaferes taking second place for the women’s pro division. University of Colorado took first place in the Escape from Alcatraz Triathlon Collegiate Challenge presented by Muscle Milk with a finishing time of 2:40:52. Racers representing more than 50 countries, up to 86-years-old and a number of physically challenged athletes from Challenged Athletes Foundation participated in the triathlon.

“I was not familiar with the course at all, the swim was wavy and choppy, making it hard to sight the shore and the sand ladder was nuts, I had no idea it was an actual ladder with soft sand,” said 2016 Escape from Alcatraz Triathlon Winner Holly Lawrence. “The challenging course kept me pushing the entire race, I was thrilled for the experience.”

The Escape from Alcatraz™ Triathlon’s official sponsors include Actelion, blueseventy, Cytomax, HOKAONE ONE, Hornblower Cruises & Events, Muscle Milk and Sierra Nevada. The Escape from Alcatraz™ Triathlon is owned and produced by IMG Worldwide with race direction provided in part by Premier Event Management. For more information and full race results, visit www.escapefromalcatraztriathlon.com or follow @escapealcatraztri on Instagram, @escapealcatraz on Twitter and www.facebook.com/EscapeAlcatrazTri on Facebook.

IMG is a global leader in sports, events, media and fashion, operating in more than 30 countries. The company represents and manages some of the world’s greatest sports figures and fashion icons; stages hundreds of live events and branded entertainment experiences annually; and is one of the largest independent producers and distributors of sports media. IMG also specializes in sports training; league development; and marketing, media and licensing for brands, sports organizations and collegiate institutions. In 2014, IMG was acquired by WME, a leading global entertainment agency.