RT @TeamCindyBAF: Are you a #triathlete looking to compete in 2020? Join TeamCindy for the @EscapeAlcatraz. You need a min of 2 Olympic tri…

Every day is a new beginning, another chance to put one foot in front of the other and be the best version of you.… https://t.co/zC4xLiFjsN

When that holiday break is in sight! Time to recharge. 2020, here we come!😁 https://t.co/DhQtTayvtw 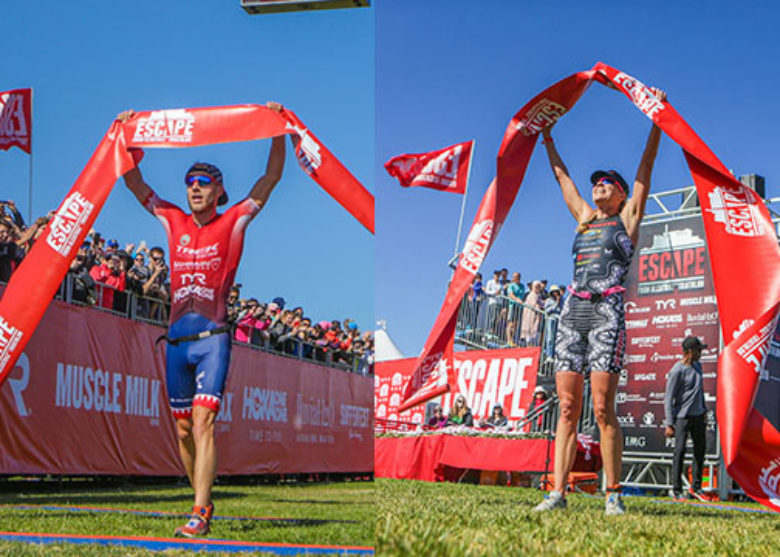 San Francisco – (June 3, 2018) On Sunday, June 3, nearly 2,000 amateur and professional athletes enjoyed sunny skies and 54.7-degree water to compete in the 38th Annual Escape from Alcatraz Triathlon. Rio Olympian Ben Kanute and past champion Sarah Haskins took first place honors in the men and women’s pro division. Featuring a 1.5-mile swim from Alcatraz Island to the shore, an 18-mile bike ride and an eight-mile run through San Francisco, this race is considered one of the most difficult triathlons in the world.

Kanute, had to hold off last year’s second place finisher Cameron Dye to secure his win. He was first out of the water, followed by Dye, who stayed on his heels the entire race. Haskins dominated the women’s pro division, even after sitting out for a one-minute penalty for getting on her bike before completely crossing the line in transition.

Stanford University took first place in the Muscle Milk Collegiate Escape with a finishing time of 2:37:49. Racers representing more than 56 countries, racers from 18 to 89-years-old and a number of physically challenged athletes participated in the triathlon.

The Escape from Alcatraz™ Triathlon’s official sponsors include: Actelion, CYTOMAX®, HOKA ONE ONE, Hornblower Cruises & Events, Lluvia H20, MUSCLE MILK® and TYR. The Escape from Alcatraz Triathlon is owned and produced by IMG with race direction provided in part by Premier Event Management. For more information and full race results, visit www.escapealcatraztri.com or follow @escapealcatraztri on Instagram, @escapealcatraz on Twitter and www.facebook.com/EscapeAlcatrazTri on Facebook.